In November 2019, the industrial output based on Index of Industrial Production (IIP) saw a trend reversal and it grew by 1.8% as against the sustained contraction in the previous 3 months. The growth during the month has been 1.6% higher than the comparable month in the previous year (0.2% in November 2018).

CARE Ratings had expected the industrial output to increase by 2.2% in November 2019.

During the first 8 months of fiscal year 2019-20, the IIP grew at a lacklustre pace of 0.6% compared with the 5% growth in the corresponding period last year.

The growth during the month has largely been aided by the low base effect which pushed up the growth in the manufacturing sector. Capital goods and infrastructure continued to see contraction during the month on account of weak investment climate and subdued consumer demand in the economy. 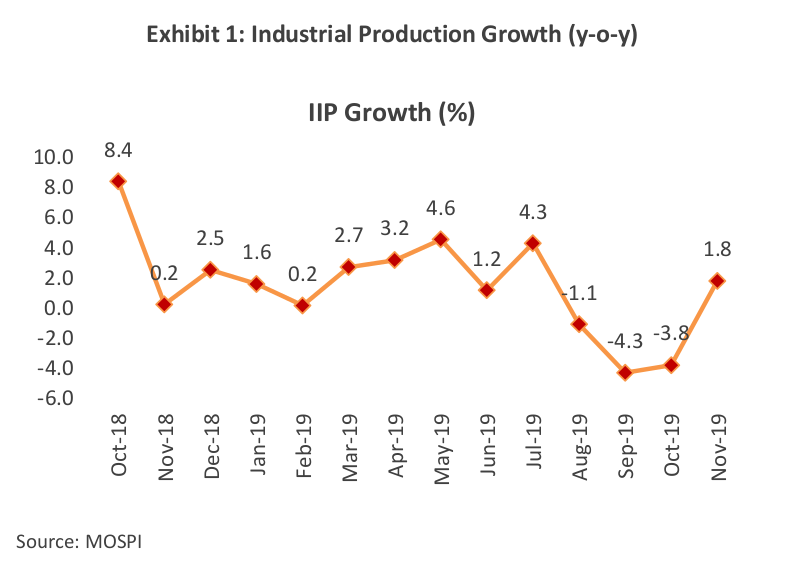 We are expecting some revival in the coming months along with a favourable base for the rest of the months. On this
premise, we are expecting the industrial output to grow around 4% by March 2020.